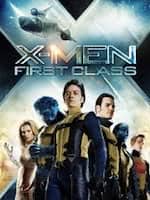 In JavaScript, mistaking slice for splice (or vice versa) is a common mistake among rookies and even experts. These two functions, although they have similar names, are doing two completely different things. In practice, such a confusion can be avoided by choosing an API that telegraphs the const-correctness of the function.

Array’s slice (ECMAScript 5.1 Specification Section 15.4.4.10) is quite similar to String’s slice. According to the specification, slice needs to accept two arguments, start and end. It will return a new array containing the elements from the given start index up the one right before the specified end index. It’s not very difficult to understand what slice does:

An important aspect of slice is that it does not change the array which invokes it. The following code fragment illustrates the behavior. As you can see, x keeps its elements and y gets the sliced version thereof.

On top of that, splice also mutates the array that calls it. This is not supposed to be a surprise, after all the name splice implies it.

When you build your own module, it is important to choose an API which minimizes this slice vs splice confusion. Ideally, the user of your module should not always read the documentation to figure out which one they really want. What kind of naming convention shall we follow?

A convention I’m familiar with (from my past time involvement with Qt) is by choosing the right form of the verb: present to indicate a possibly modifying action and past participle to return a new version without mutating the object. If possible, provide a pair of those methods. The following example illustrates the concept.

Note the difference between translate() that moves the point (in 2-D Cartesian coordinate system) and translated() which only creates a translated version. The point object p changed because it calls translate. Meanwhile, the object q stays the same since translated() does not modify it and it only returns a fresh copy as the new object s.

If this convention is used consistently throughout your application, that kind of confusion will be massively reduced. And one day, you can let your users sing I Can See Clearly Now happily!