As with many professionals, I am occasionally asked for some random career advice by a few young engineers. Since I am usually not the right person to ask, typically what I share are the thoughts and perspectives which I wish I had when I was still early in my career. One of them is the impact factor.

Like many other boys, high school time for you probably means running after the most attractive and charming girl/boy in the class. While you might enjoy the experience, you do need to realize that the rest of your life won’t be spent doing that kind of activity. The challenges in the next stages of life are completely different, anything from forging a long-lasting relationship to the constant-learning of good parenting. 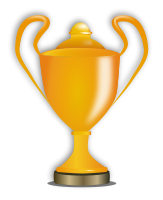 The mantra of achieving early win in a new job often gets translated into being extremely competitive as early as possible. For young and inexperienced engineers, this could lead to being too conscious about the superficial impression. You don’t want to look mediocre and hence you spend the waking hours cranking out the most reliable code possible. You need to prove yourself and kickstart assorted imaginable activities although you quickly run out of time handling every aspect of the project.

You are thrilled to build a faster and better version of your nemesis’ project because obviously you need to be ahead of everyone else. You end up looking too much to the rear-view mirror, growing the (unconscious) fear of being defeated. Chasing the supreme qualities is the name of the game.

At one point, this fast-paced juggling will not be sustainable anymore. You start to compete with a flood of young folks with the fresher and adaptive brain. There are evenings with family obligation, no chance for another round of hackathons (and pizza). A handful of emerging tools, which look alien to you, suddenly empower those youngsters and multiply their intellectual level. Your very own spells are outdated, the rusty magic wand starts to complain. Before you know it, yoga is more attractive to the decaying body than another adrenaline rush.

As you climb the career ladder, individual contribution and technical excellence are still implicitly demanded, they are however not the ultimate (instant) gratification. The goal shifts towards the impact on the team and the organization in general. Instead of coding the fastest possible implementation in a weekend, you are challenged to inspire your peers to build a long-lasting, maintainable project. While achieving an engineering marvel is still in the objective list, a smooth collaboration with the product team, marketing folks, and other stakeholders is higher on the priority. Racing alone to the finish line is a forgotten feat, handling the logistics of the entire troops marching to the conflict zone is the new valued skill.

Being the smartest is useful. However, a real-world battle is far from what Hollywood depicted in Rambo. Adept playmaking, instead of personal glory, is what elevates the game. Inspire others, promote collaborations, and maintain the positive attitude.